The Empordà is a legendary wine region where the Greeks were the first to introduce vineyards and wine around the year 600BC. Mas Oller is a historic estate located in the town of Torrent, in the province of the “Petit Empordà”, with views of the Medas Islands and the medieval walls of Pals, with the land distributed around the 17th Century farmhouse. In the 1950’s all of the old vines and olive trees were replaced with cereal and livestock. Today, the only part of the original, working traditions that still remain are the old cork oak trees that are used for the prestigious cork industry in the region. Since the 1970’s the farmhouse and the land belongs to the Esteva family. In the year 2000, Carlos Esteva – owner of the prestigious winery Can Ràfols dels Caus – decided to save the estate from its ruins, rebuilding the farmhouse with care and placing the winery in what used to be the old cowshed. He replanted the vines in what used to be the best vineyard in Pals with a desire to produce new, good quality wines using the Empordà winemaking traditions as a base, but innovating in many ways – from the vineyard to the winery. The wines from the first harvests, made from young vines, were sold in the region. Now, the vines have reached an age where the grapes that they produce have the amount of concentration that Carlos was looking for. Today, nearly 400 years after it was built, Mas Oller has been converted into a reference winery in the D.O. Empordà with wines that are made with a philosophy that leads towards singularity and the expression of where they are made.

Mas Oller is located in an area that combines sea and mountain, very marked by the presence of wind, and the north where a diversity of soils are combined: clay, sand and slate. Conceptually and geographically, the project of Mas Oller connects northern Catalonia, Empordà and Roussillon with the wines being as expressive as they are fresh. Currently, Mas Oller has 17 hectares of vineyard in production.

The three red varieties are Grenache, Syrah and Cabernet Sauvignon and two white varieties are Picapoll and Malvasia de Sitges. The vineyards are located around the house and the grapes are selected in the vineyard before being harvested and transported to the winery in small boxes, where it undergoes a second manual selection. All of the wines have a cold pre-fermentation period to obtain maximum expression of aroma and color.

Our philosophy is based on the recovery of the winemaking tradition of Empordà with a modern interpretation of the concept of wine.
The team is made up of Carlos Esteva, owner winemaker; Martin Cuervo y Marta Arenas , head of the vineyard and the winery; Elena Moreno, Wine Experiences; Alexandra Manovel, export; Astrid Caritg, sommelier and sales. 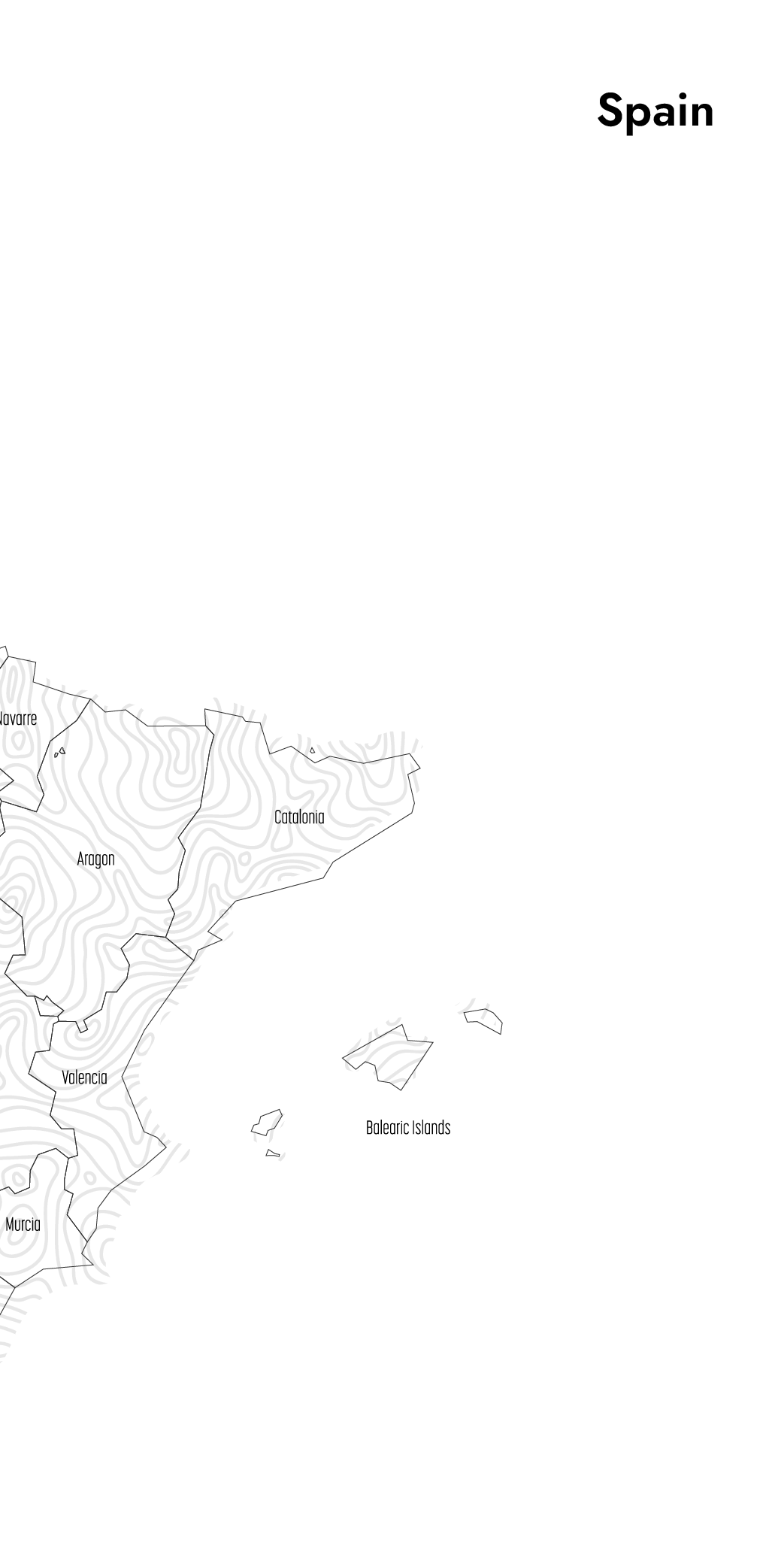 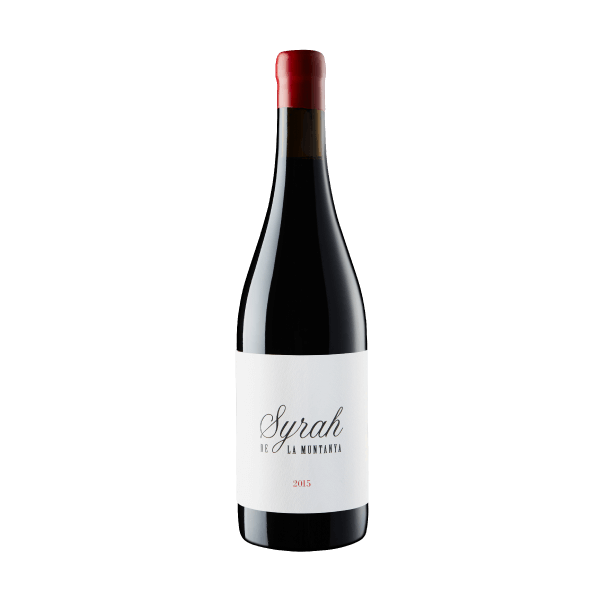 These are selected grapes from the Mountain vineyard that is in themiddle of a forest in the Gavarres Mountains, on soils of clay and slate,influenced by the Tramontana.

Colour : Cherry red with a dark red border;clean and intense.

Aroma : Balsamic and fresh with a lot ofcharacter. Elegant notes of black and red fruit marmalades, with hints ofsweet, dark chocolate and graphite that lead to a spicy and slightly smokyfinish on the nose.

Redmeat, poultry and game; cured and mature cheese; pulses, casseroles and curedmeats. Serve in a Syrah glass and open 15 minutes before serving. 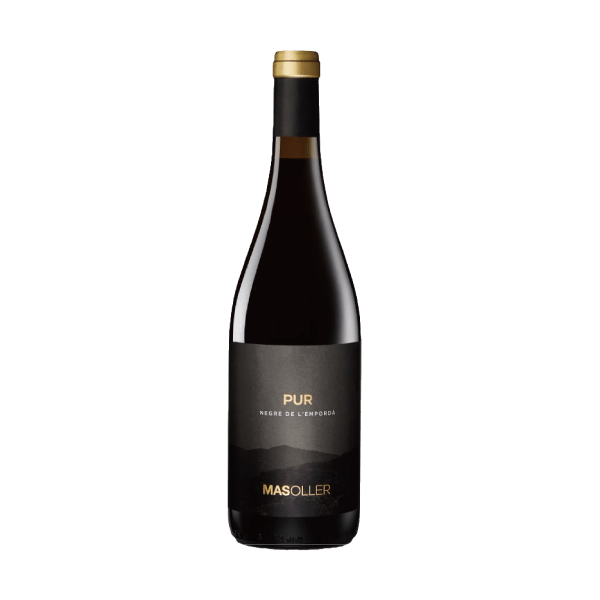 The grapes are from the Mas Oller vineyards, with low production per hectare. Cold maceration prior to a long, temperature controlled fermentation in stainless steel. After the fermentation has finished, the tanks are drained using the effects of gravity. Bottle aged before being put on sale.

A Carlos Esteva concept of wine.

Aroma : Very intense and complex with ripe, dark fruits; spicy on a balsamic back note. 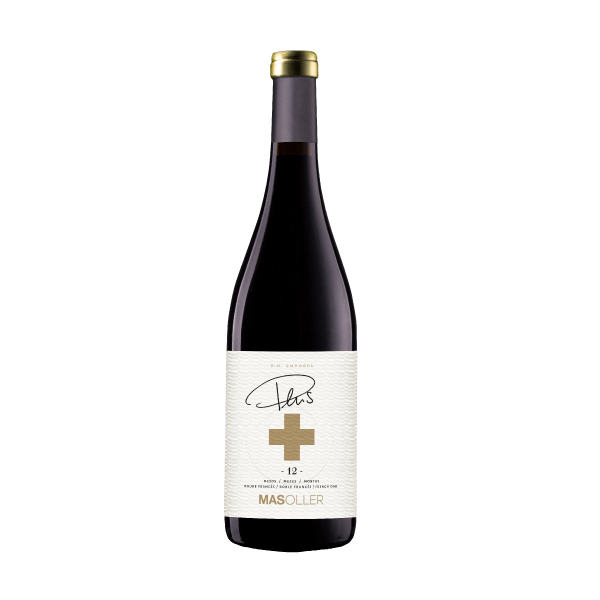 The grapes are from the Mas Oller vineyards, with low production per hectare. Cold maceration prior to a long, temperature controlled fermentation. The tanks are drained after fermentation using the effect of gravity. Barrel-aged in French oak - the Plus is a selection of the best Syrah and Grenache barrels.

A Carlos Esteva concept of wine.

Serve in a Bordeaux glass and open 15 minutes before serving. 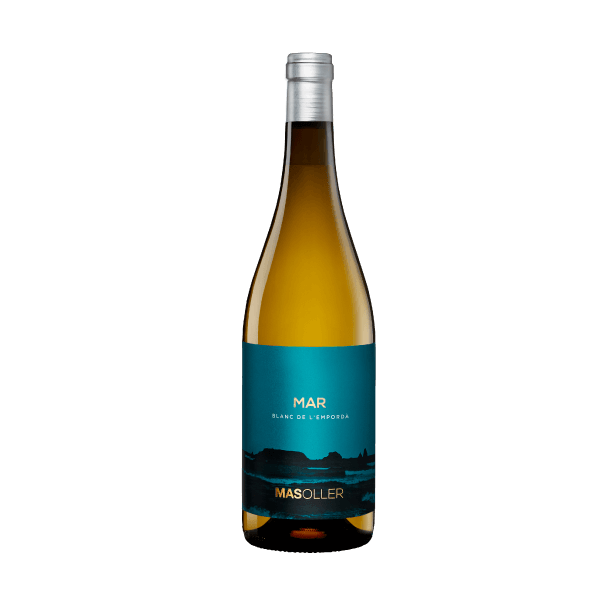 Denomination of origin : DO Empordà

Aroma : Expressiveand clean, with fresh fruit, hints of tropical and citrus fruits on a floralback note.

Palate :Big in the mouth, tasty, balanced with a light mineral character.Complex with a refreshing, citrus finish. 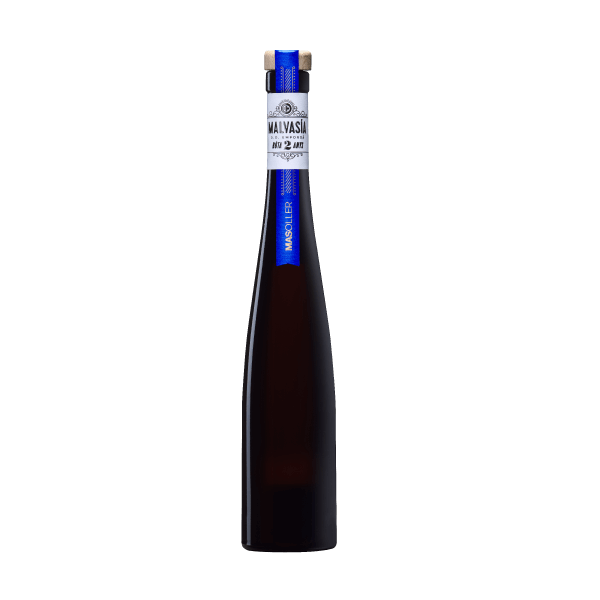 The grapes were harvested by hand inSeptember 2016. A second grapes collection occurred using a selection table atthe entrance of the winery.

Then, grapes were destemmed and softlypressed so as to obtain the flower must.

Fresh grape must fermentation wasarrested by the addition of alcohol to obtain the finest aromatic expression ofthe Malvasia.

Aged for 2 years in Chestnutbarrels before the bottling.

Aroma : Intense and elegant on the nose,highlighting the presence of white fruit, orange blossom background and citruspeel.

Palate :Sweetmouthfeel, unctuous in its path and with a good balance between acidity andalcohol, offering a long finish 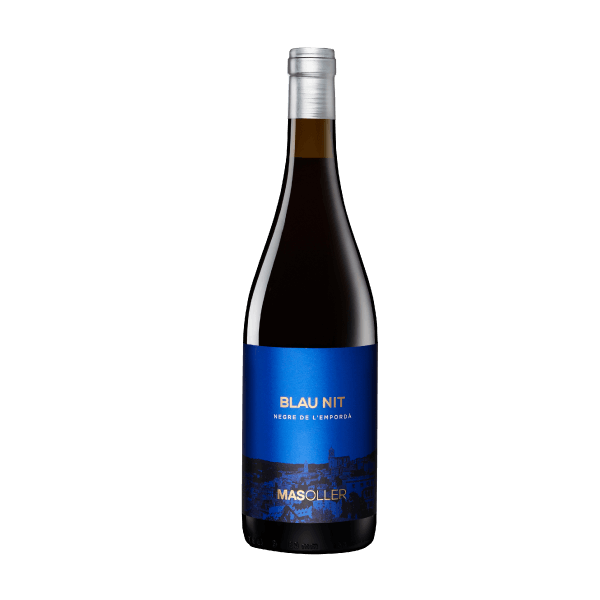 The grapes are from Mas Oller vineyards, low production per hectare.Cold maceration prior to a short, temperature controlled fermentation instainless steel. After the fermentation, the tanks are drained using theeffects of gravity - we do not use the press. After 2 months, it is bottled.

This is a Carlos Esteva concept of wine.

Palate :Ripe, red fruits, spicy and tasty with a fresh and persistingfinish. 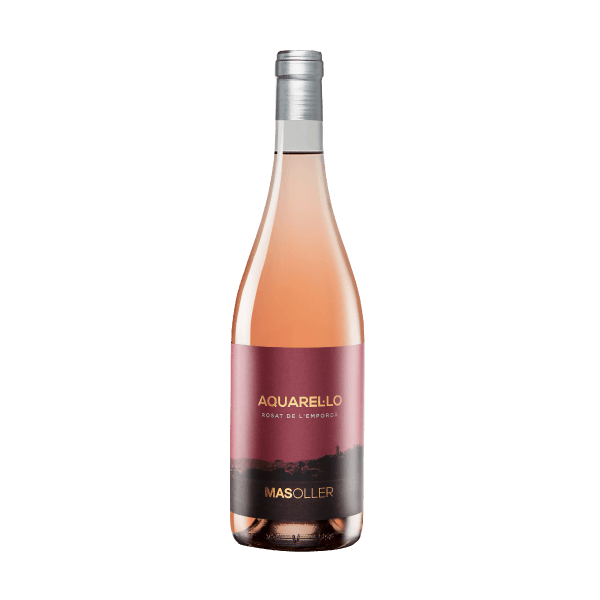 Denomination of origin : DO Empordà

Made from grapes from the Mas Oller vineyards. Made from the juices ofthe best hand-selected Grenache and Syrah grapes. Cold maceration for 6 hoursand traditional, cold fermentation.

Colour : Palecherry, clean and intense with a violet rim.

Aroma :Strong on the nose, with clear aromas of wild strawberries and redberries; slightly creamy.